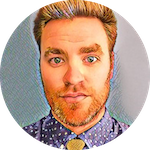 Well, it feels like this has been a long time coming! Not only have I been working on this idea for around a year and a half, but I have been blogging about it for the past few months so I sincerely hope that this lives up to the hype. Anyway, here it goes…

When I first saw the raw footage a few hours after we filmed #thisismyschool, I was stunned. I was ridiculously proud of what we had accomplished! We did it! I couldn’t believe we actually successfully did it!

As time went on, while Andrew Kintanar and I continued the post-production process, I continued to be amazed at what we achieved with this video project! When I watched it a few weeks later for the first time after all the edits, I was teary and elated. I was proud and grateful!

The next day we watched it on a big screen with my fellow ES colleagues and I couldn’t help but feel the same sense of accomplishment. Many peers and I stayed afterward in a conversation of disbelief in how well it all worked out. In actuality, that day was already quite overwhelming for me because we had just experienced a roaring success with our TEDxYouth@AISR Talks which I directed and produced, so I was already on teacher-cloud-nine. As an educator, I have never been more emotionally lifted and drained than on that particular day.

When we officially launched #thisismyschool at AIS-R, we showed it to students, parents and the community during our school-wide You, Me, Community day which is basically an amped-up portfolio day. I had the pleasure of showing it to parents and students that day and I began reflecting about how #thisismyschool must target different audiences. I couldn’t help but compare #thisismyschool to the previous Lip Dubs and became worried that students and parents wouldn’t enjoy it as much. I was thinking that #thisismyschool might be better suited for educators who have a stake in educational philosophy and care about the deeper message that I hoped it carried. I worried that parents or students might not like it as much as it isn’t quite as glossy, fun, exciting or upbeat as the Lip Dubs.

Over the next few days, more and more teachers began to seek me out and congratulate me for #thisismyschool and many commented on how it was better than any of the Lip Dubs. Funny enough, some even showed their true colors about the Lip Dubs when they said things like, “wow, it was so much better than last years!” or “at least you didn’t have to do another Lip Dub…”

Regardless, most sincerely shared that #thisismyschool was in fact a more meaningful project and that they were very impressed.

As I wind down into my final COETAIL post and final project reflection, I can’t help but think about my own journey as an educator, my increased involvement within a PLN and, the way in which COETAIL has motivated me to solidify my educational passions and amplify my voice to a larger audience.

I feel like the structure of COETAIL is so synchronous to my own thoughts on teaching and learning that is has permitted me to basically blog about whatever I wanted to blog about and deepen my own educational philosophy in the process. I have never felt more motivated or more confident in my top-three values which include my educational theory Spark iLearning, the facilitation of transformative performance opportunities and, the re-imagination of teaching and learning.

Wound up within #thisismyschool are all three values. Students and teachers were able to design and co-construct the learning based on their own individual interests. Moreover, the school was able to participate in a large-scale performance opportunity that will likely act as a transformative learning opportunity for multiple students and teachers.

Finally, assembling these various vignettes has epitomized my belief in the need for increasing intrinsically motivated, inquiry rich, project-based, cross-divisional and transdisciplinary learning in order to truly reimagine education.
I am really happy with my video and I think it basically sums it all up.

Unable to be embedded at this time. 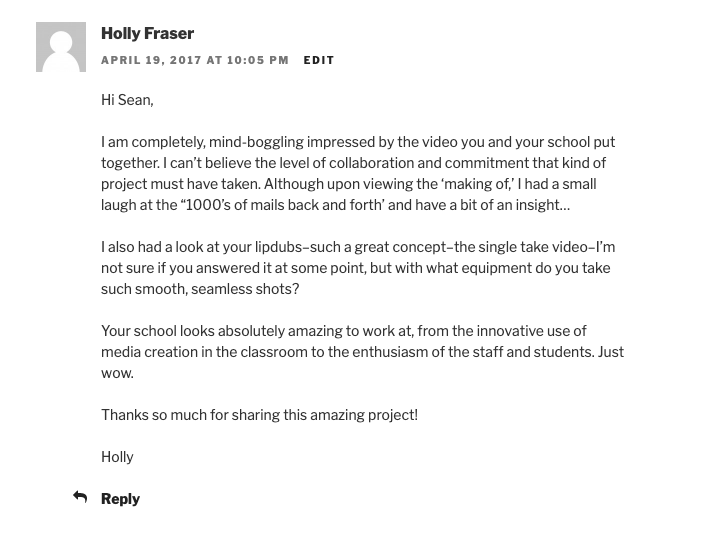 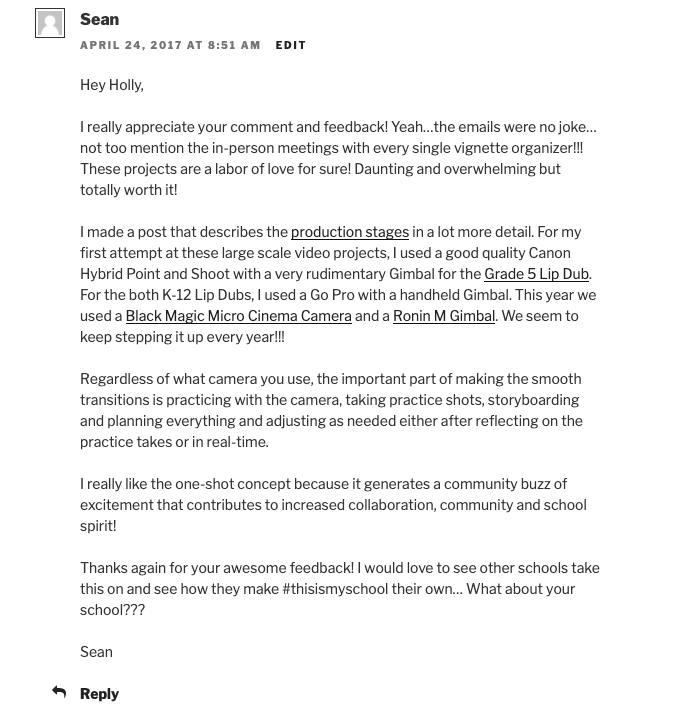